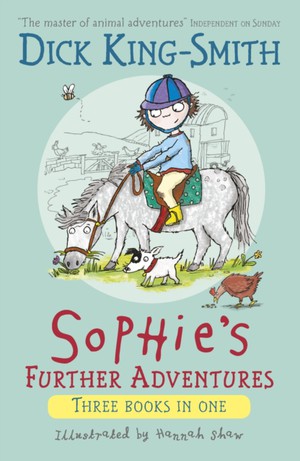 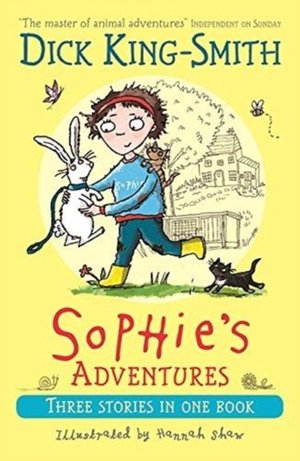 A brand new edition of a classic Dick King-Smith story about a 10-legged spider who gets bullied because she's different. Illustrated by the very popular Russell Ayto. Meer

Crowstarving was the ideal job for Spider - he was on his own - yet never alone, for all around him were animals of one sort or another. Discovered as a foundling in a lambing pen, Spider Sparrow grow... Meer

Martin, a kitten, is branded a wimp by his siblings for his friendly interest in mice. He loves caring for them and can't understand their desire for freedom. Only when he becomes the pet of a big-cit... Meer

The Sheep-pig is one of Dick King-Smith's most famous tales. It shot to further fame when the film adaptation, Babe, was released in 1995. 'Why can't I learn to be a Sheep-Pig?'When Babe, the little o... Meer 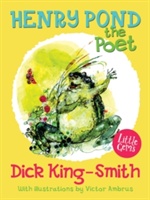 Whoever heard of a singing mouse? But Wolfgang Amadeus Mouse (named after the beginning of a name found on a scrap of sheet music) has a truly wonderful voice - a voice that thrills old Mrs Honeybee.... Meer

The Invisible Dog and The Sheep Pig bind-up

A little girl tries to satisfy her yearning for a dog by introducing an imaginary Great Dane called Henry to the house. Then her wish comes true and she is allowed a real Henry - but there's more than... Meer 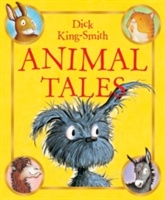 All Because of Jackson - Jackson is a very unusual rabbit - one who dreams of going to sea. But Muriel's cats are no ordinary cats - they are people she once knew reincarnated in feline form!The Guard... Meer

Contemporary / British English One day, Farmer Hogget wins a young pig. He likes the pig, but he is a sheep farmer not a pig farmer. Mrs Hogget wants the pig for the dinner table. The little pig has o... Meer

From a silent perch in the upper branches of a great tree, a huge and mysterious bird known as the Skymaster watches over Godhanger Wood... And when the birds determine to save themselves, the gamekee... Meer

A magical anthology featuring five classic tales - plus one never-before-published - of animal adventures. With a new cover design, stories include; }The Queen's Nose, The Fox Busters{ and }The Sheep-... Meer

A beautifully written tale for older readers, it is set before and during WWII and provides an insight into rural life during that time. Ages: 9 Meer

Hares don't talk. But the hare Harriet meets one morning in a corn circle in her father's wheatfield is a very unusual hare: a visitor from the far-off planet Pars, come to spend his holidays on Earth... Meer 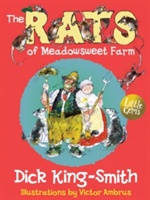 The Rats Of Meadowsweet Farm 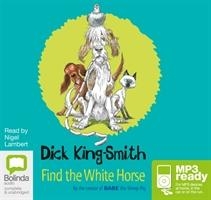